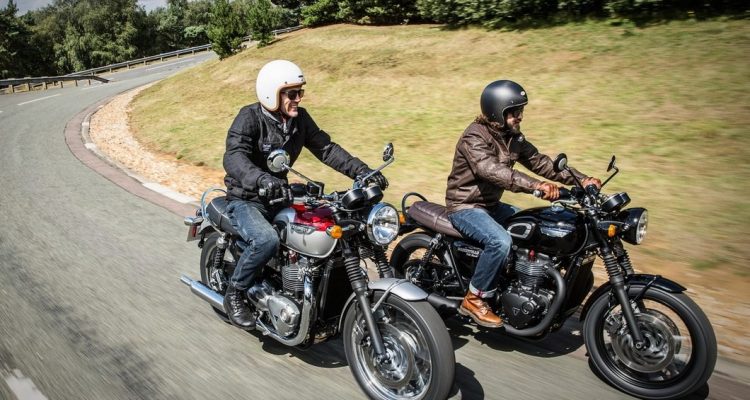 Triumph Motorcycles unveiled its 2016 Bonneville and introduced five new variants. Out of these three of the versions are powered by two new liquid cooled engines. The new sports classic family extends from the basic Street Twin 900 roadster. The new Bonelleville Motorcycles were often seen when it was tested on the roads. 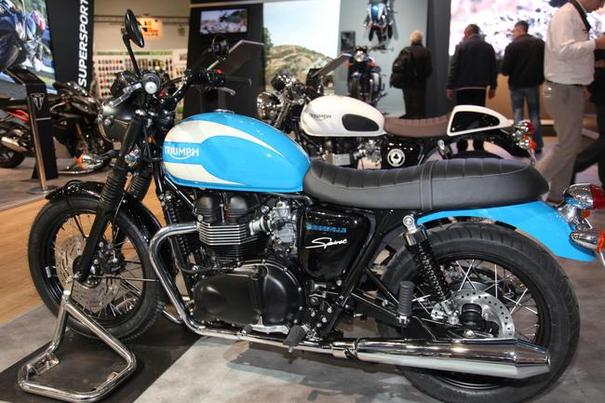 A proper preview was seen of the new Thruxton was provided in a short film with David Beckham in September. Some of the initial reports suggested that the new 1,100cc engine will surprise the bikers. It is expected that upcoming 2016 will be governed by new Euro 4 standards as liquid cooling has been introduced throughout the engine range in an effort to offer competitive performance levels under strict emission rules.
Street Twin is the basic model powered by a 900cc engine and the company has decided to equip other four models of its family with a 1,200 cc twin engine in two different performance levels. Every model in the family has its own dedicated tubular steel frame. Plenty of attention has been paid to conceal the liquid cooling system in an effort to retain the classical air-cooled styling.
The new line-up will be available in five color schemes Aluminum Silver, Cranberry red, Matt Black, Phantom Black and Jet Black.