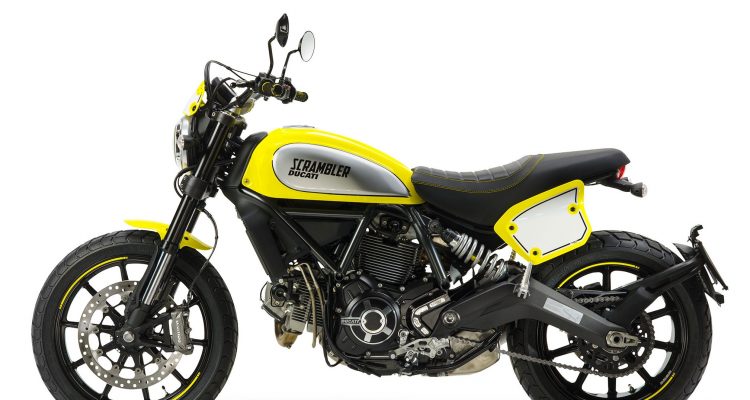 Ducati Motoring Company was launched in 1926 in Bologna, Italy. Over the years, they have been responsible for the production of luxurious quality bikes that make every motorcycle enthusiast to marvel with delight. The company planned to release many new models to add to their production collection in 2016. Nonetheless, one of these models stands out from the rest, the 2016 Ducati Scrambler Flat Track Pro.

The manufacturer is a trusted brand since it has released successful sport bikes and safe cruisers through the years. This 2016 Ducati Scrambler Flat Track Pro is a cruiser bike with an appealing appearance and enhanced safety features. The manufacturer revealed to the motoring world the first of its 2016 models at the Volkswagen Group Night event. This event took place right before the IAA 2015 in Frankfurt. 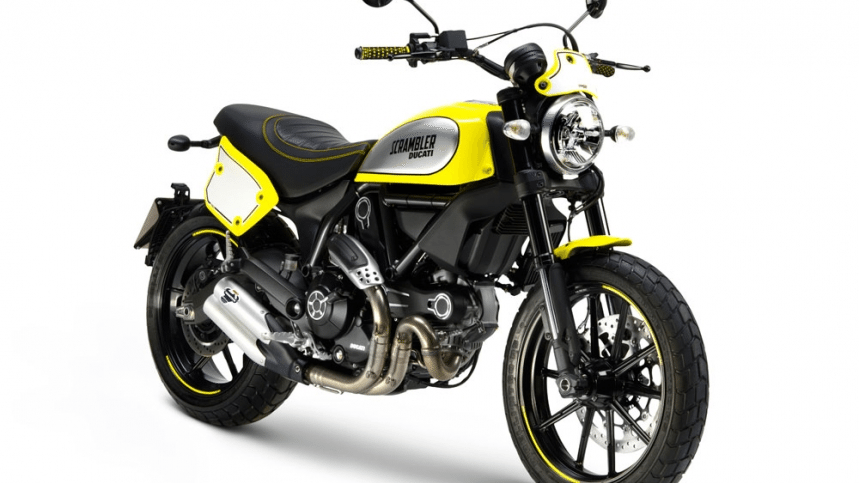 The bike is powered by an L-twin type engine that is air cooled with two valves present in each of the cylinders. The engine has a Desmodromic distribution producing a compression ratio of 11:1. It has a displacement of 803 cc with a bore of 88 mm and a stroke of 66 mm. The engine has an exhaust system designed into a single stainless steel muffler with an aluminum silencer cover. Additionally, the exhaust system has a catalytic converter and two lambda probes that accentuate the sporty appearance of this bike.

The engine produces 75 hp while running at the speed of 8,250 rpm and a torque of 50 lb-ft while at a speed of 5,750 rpm. It also has an electronic fuel injection system with a 50 mm throttle body increasing its efficiency in power supply at all speeds.

The 2016 Ducati Scrambler Flat Track Pro has a six-speed gearbox transmission with a final drive chain that comprises of 15 mm sprockets at the front and 46 mm sprockets at the rear. It has a wet multi-plate clutch that has a mechanical control enabling the rider to maintain total control of the bike even when riding at top speeds. The primary drive straight cut gears provide a ratio of 1.85:1 allowing the bike to accelerate quickly and safely. 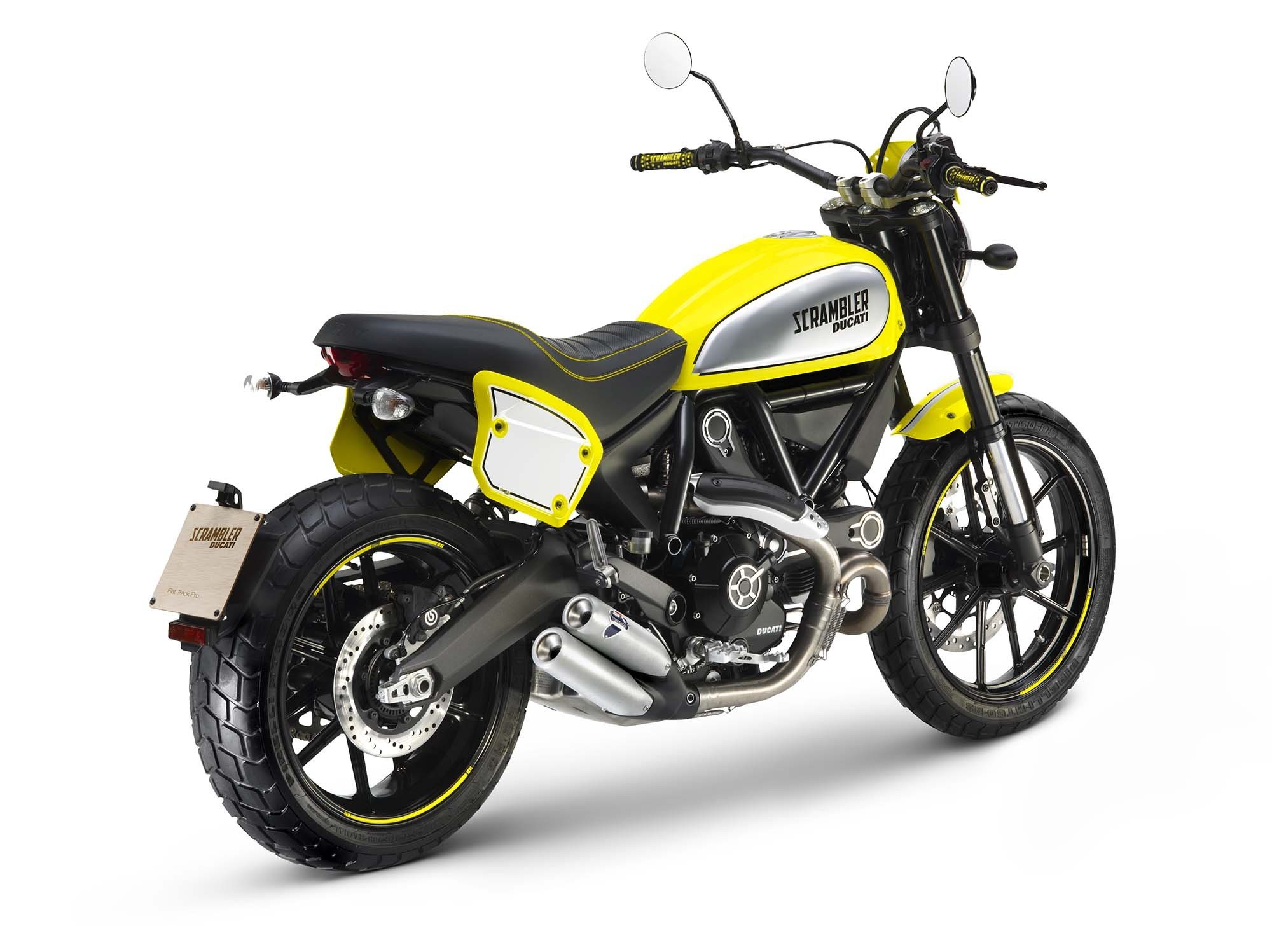 The bike is made using a tubular trellis steel frame that enables it to travel at high speeds since it is light. A 41 mm inverted Kayaba fork constitute the front suspension while at the rear is a pre-load adjustable Kayaba rear shock suspension. This 2016 Ducati Scrambler Flat Track Pro model has 5.9 inches wheel travels at both the front and the rear with a trail of 112 mm. It has an 18-inch wheel at the front and a 17-inch wheel at the rear with a wheelbase of 56.9 inches.

A radial 4-piston caliper mounted on a 330 mm disc constitutes the front brakes while the rear brake comprises of a 245 mm disc with a 1-piston floating caliper. Both of these braking systems have ABS as their standard equipment enhancing the safety of the rider during emergencies. This bike model has a rake of 24 degrees with a total steering lock of 35 degrees.

The bike has a total weight of 186 kg with a fuel tank capacity of 13.5 liters. It dual seat has a height of 31.1 inches that is slightly adjustable to suit the needs of the rider enhancing comfort during long rides. This model has a maximum height of 45.3 inches and a width of 33.3 inches. Its maximum length may vary between 82.7 – 85.2 inches. 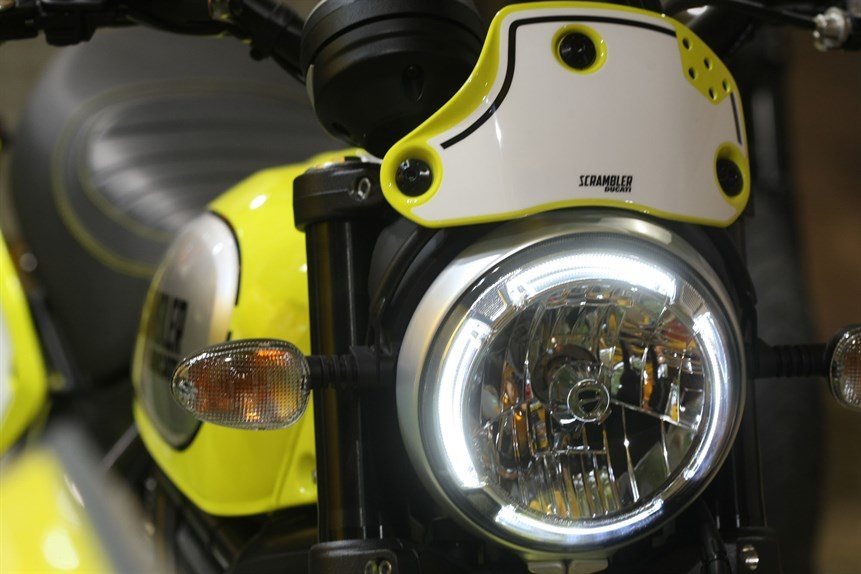 Its headlight equipment comprises of a glass lens with an LED light-guide with an interchangeable aluminum cover. Its under-seat storage compartment has a USB socket allowing the riders to charge their mobile devices while on the road. The rear light system comprises of LED lights with diffusion-light accentuating the appearance of the bike from behind. It is mounted aluminum rear view mirrors and handlebar with a digital instruments cluster mounted on the top of the headlight unit.