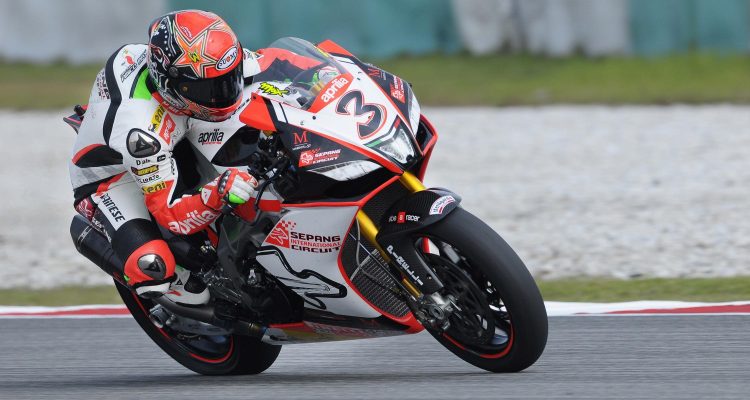 Alvaro Bautista is one of the top ranked riders who enjoyed the privilege of testing the new MISANO bike in a street race. According to Bautista, 2016 Aprilia RSV4 R-FW motorbike will take the motor racing industry to another level.

Aprilia Racing Factory works had previously manufactured the Aprilia RS-GP, which amazingly performed in the contest. The bike was the first rode by Alvaro Bautista, who depicted the super power of the motorcycle. Aprilia racing company is an excellent company offering riders and motorbike enthusiasts a chance to own a superbike at an affordable price.

A Modified version of the bike was used by the rider in association with the Aprilia Racing Company, and the results were surprising as the riders managed to win the Superstock 1000 FIM Cup.

2016 Aprilia RSV4 R-FW racing bike has amazing Features and Specifications that include:

The RSV4 R-FW “MISANO” is expected to sell at $21,999 at automotive dealer’s country wide. More information about the bike model will be disclosed in the 74th Annual Daytona Bike Week that will be held in North America this year.

Other bike models manufactured by this Aprilia Company include the Venetian V4 Bike, RSV4 R-FW STock 1 Mm Race, among others.

The Alpinestars Valparaiso 2 Drystar jacket and pants are

BMW returns for the second year running with its