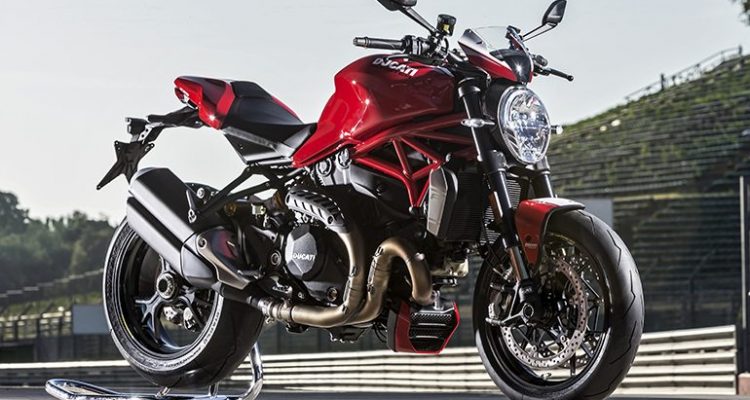 Bike manufacturer Ducati unveiled the first of the 2016 models at the Volkswagen Group Night just before the IAA 2015 in Frankfurt. The new bike is the Monster 1200 R which boasts superbike performance levels equivalent to the most powerful naked Ducati. Ducati’s new bike is based on the 1200 S sibling and the new 1200 R is equipped by the R-Version of the Testastretta 11 engine.

Now Ducati has decided to take back the big Fighter and maintain 848 in production. The Monster 1200 S was the most powerful naked bike in its line up. The new bike is extensively based on the 1200 S with a host of updates. The 1200 R has the L2 Testastretta 11 Dual Spark R Motor. The bike thus produces 10 percent more power and 5.5 percent more torque than its earlier sibling.
The Monster has adjustable Ohlins suspension and steering damping a black 48 mm fork with titanium nitride coating with shock absorbers. The braking system has Brembo’s top-of-the-class Monobloc evo M50 four-piston radial calipers. In terms of styling the Monster has maintained the family look and has just differentiated in the tail section.
There are eight adjustable traction control and three levels of ABS in the Ducati Safety Pack. The Monster 1200 R will be available in Ducati Red and Thrilling black.