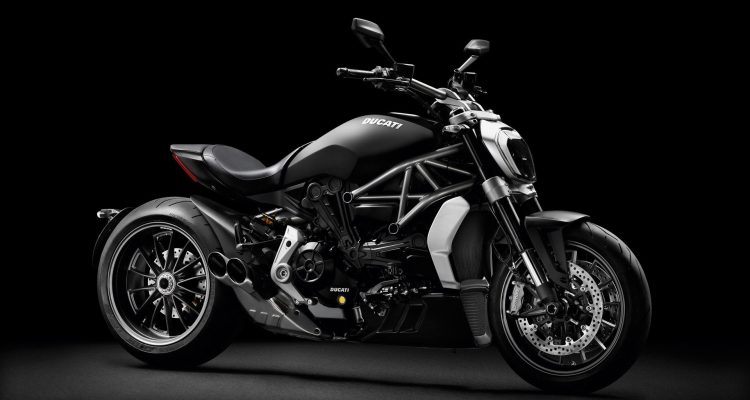 The 2016 Ducati XDiavel is something special – both for the Italian manufacturer and for the entire cruiser industry. It’s not normal to use words like “stylish” and “sophisticated” to describe a cruiser motorcycle, and usually we don’t expect great performance results for them – they aren’t built for performance. Well, Ducati managed to surprise us this year with their XDiavel model. Let’s see exactly how much.

Ducati looks at cruising from a different perspective – it used a modified version of a sport bike engine for the 2016 XDiavel. The engine is a long-stroke 1262cc engine imported from the Testastretta L-twin bike. Furthermore, to add to the sport bike feel, they used a six-speed transmission and disc brakes both for the front and rear tires, sport suspensions (a 50mm Marzocchi Inverted fork for the front and a two-way adjustable spring for the back) and used a slightly thinner tire for the front (120mm). It’s still a cruiser due to the lowered seat, which sits at almost 30 inches and the way the handlebar is positioned, but with the performance of a sport bike. It also features a 4, 75 gallon fuel tank and a large display just below the handlebar. Visually, the motorcycle used lots of contrasts, painting parts in silver, black and deep gray matte colors. Some accents were painted in bold colors for some sport-bike accents, but all in all, the metallic and dark accents are clearly part of a cruiser design. The headlight is certainly large and has an almost square shape, just as the other cruiser lines.

All in all, the 2016 Ducati XDiavel is a cruiser build both for cruising and serious riding. It’s a mixture between a typical cruiser and a sport bike, and while it might not be everyone’s cup of tea, there will certainly be some people who will greatly appreciate it. If you want a cruiser with a more sophisticated style, more power and better handling, the XDiavel might be perfect for you.

The Alpinestars Valparaiso 2 Drystar jacket and pants are