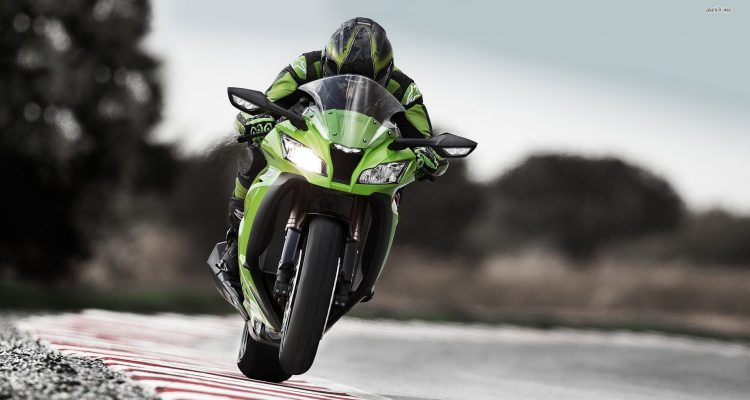 Growth and diversification has seen motorcycles become part of the conglomerate’s interests. This was after Kawasaki took over Meguro motorcycles in 1960. At this point, Meguro was a major player in the motorcycle manufacturing business which was still relative young in Japan. Some of the greatest motorcycles from Kawasaki include Kawasaki B8, Kawasaki H1 (Mach III), Kawasaki Z1, Kawasaki ZX-11, Kawasaki ZX-12R and Kawasaki Ninja ZX-10R, released in 2004. Since then, several versions of the Ninja series have been released.

This short but on point 2016 Kawasaki ZX-10R first ride review shall start out by listing some of the features of the latest ZX-10R. The Ninja ZX-10R has won several overall championship podium finishes and two championships in 2012 (Tom Sykes) and 2015 (Jonathan Rea). The 2016 ZX-10R was designed with performance considerations in mind under Yoshimoto Matsuda with input from Tom Sykes and the Kawasaki Racing Team.

Compared with the 2015 release, the 2016 Kawasaki ZX-10R is almost completely new with the only similarities being the bore, stroke and engine. The 998cc engine has a lighter crankshaft and primary gear which improves all around performance. This includes straight line acceleration, braking, side to side transition, throttle response and corner entry.

The 2016 ZX-10R is more stable and has better handling. The centre of gravity is higher for easier handling as a result of the engine being mounted higher and farther forward. To ensure stability is not compromised, the swingarm is longer by 18.5mm, which increases the wheelbase of the bike by 12mm. For better handling and response, the steering head is closer to the rider by 15.8mm.

To improve the overall riding experience, the bike’s head and swingarm pivot are adjustable. The electronic system has been enhanced and updated for better traction, braking, cornering and other important performance metrics. Combined with a wider windscreen and handlebars being closer to the rider, the 2016 ZX-10R has great handling and is amazingly fun and comfortable to ride.

The 2016 ZX-10R is simply astounding and makes for a fun and exhilarating ride. The bike corners incredibly and is so eager to lean it takes some time before one becomes used to it. This increased agility makes for a faster ride with increased responsiveness.

The ride is amazingly smooth and comfortable due to improved fork action. Whether one is braking or turning a corner at high speed after braking hard, the bike is firm and steady. The suspension provides excellent bump absorption, control and feedback.

Steering is responsive and much lighter. With the steering being predictable and stable, the rider can focus on cornering, steering and pushing the bike to the limits. Overall, our verdict on the 2016 Kawasaki ZX-10R first ride review is that the bike is simply awesome.