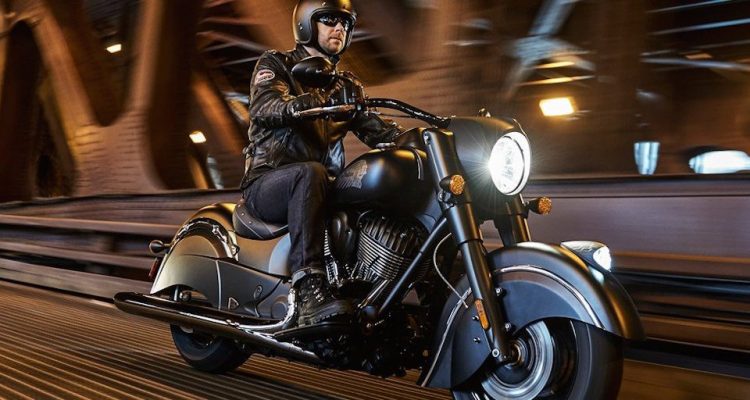 Indian Motorcycle announced the grand release of the 2016 Indian chief, the Dark Horse, which will inevitably draw the attention of every bike enthusiast.

The Dark Horse is the principal chief blacked out from the rear fender to the Warbonnet but lacks no features. It is powered by a powerful thunder stroke 111 air cooled engine 49 degrees V-twin with a six-speed transmission. The chrome engine acreage has been reduced, and it is held firm in classic Indian Chief Suspension and chassis. Unlike other bikes in the family, it has a flash of chrome and adds a decent dose of matte black paint which creates a confident look. Also, the accessory air cleaner, handlebars, black exhaust tips and fender trims equally help create a fully blacked out look.

The Dark horse is certainly the lightest chief as it has had key eliminations and makes use of cast wheels. However, it is not light in the grand scheme as it has a dry weight of 751 pounds while the standard 2015 chief claims 778 pounds dry. It possesses an aggressive pose and is by far the quickest model in the family.

Of the key eliminations is the passenger seat. Certainly, the riders will roll solo on the black 26-inch high Vinyl seat which lowers the cost of the bike. The Passenger seats are available in form of bike accessories alongside other accessories to allow customization. The bike retains key features of its predecessors retaining the remote key fob for keyless ignition, ABS brakes and the electronic cruise control. It has equally dropped the oil cooler, analog fuel gauge and the driving lights adopting a new look. The Indian motorcycle company says that the Dark Horse is built to target relatively young riders and is priced at $16999, featuring a two-year unlimited mileage warranty.