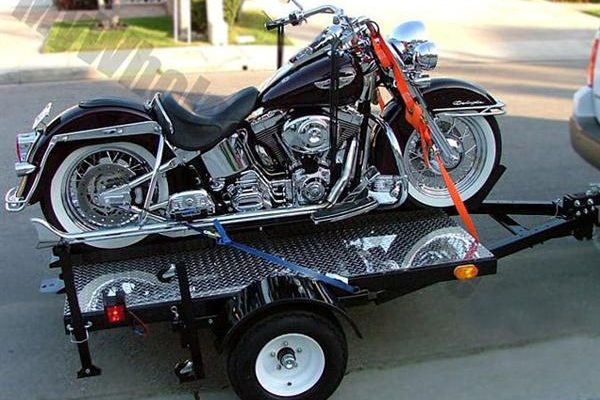 Finally, Something That Stops Your Motorcycle From Tipping Over On Trailer Hauls

Motorcycles tipping over on the back of trailers during long trips is history. Bauer Brackets helps your bike get a grip on the situation.

It could not have been any more ill-timed, when Pinkie Bauer’s Harley Davidson was smashed by a tipping motorcycle, as they travelled to their annual pilgrimage at the Sturgis Motorcycle Rally on the back of a trailer. For Bauers, a family of motorcycle enthusiasts, that incident put paid to the summer adventure. But it did birth a new idea, one that might save many bikes from Pinkie’s Harley’s fate.

All Bauer To Bikers

The bike was a write off. While they spent time trying to get the mauled machine back into shape, the Bauers – Pinkie, along with husband, Joey Sr. and biker sons, Joey Jr. and Travis – also developed an accessory for bikes on back of trailers. The way the harness had snapped, sending the heavy bike crashing down on Pinkie’s Harley showed the time was right for a better solution. The result was the Bauer Bracket, a metal restraint for your motorcycle to keep them steady and erect under all conditions.

Put Your Motorcycle In Brackets

The entire package consists of six items. There are a couple of metal brackets, which are screwed in right next to the bike footrest. The Bauers insist that because of its position and size, the brackets wont affect the ride quality. Then, there is a metal rod, to be inserted into the brackets. Also included is a metal plate that holds the recievers, to be mounted on the trailer floor. And lastly are the receivers themselves, which lock automatically as the metal rod lodged underneath the bike rolls into position. 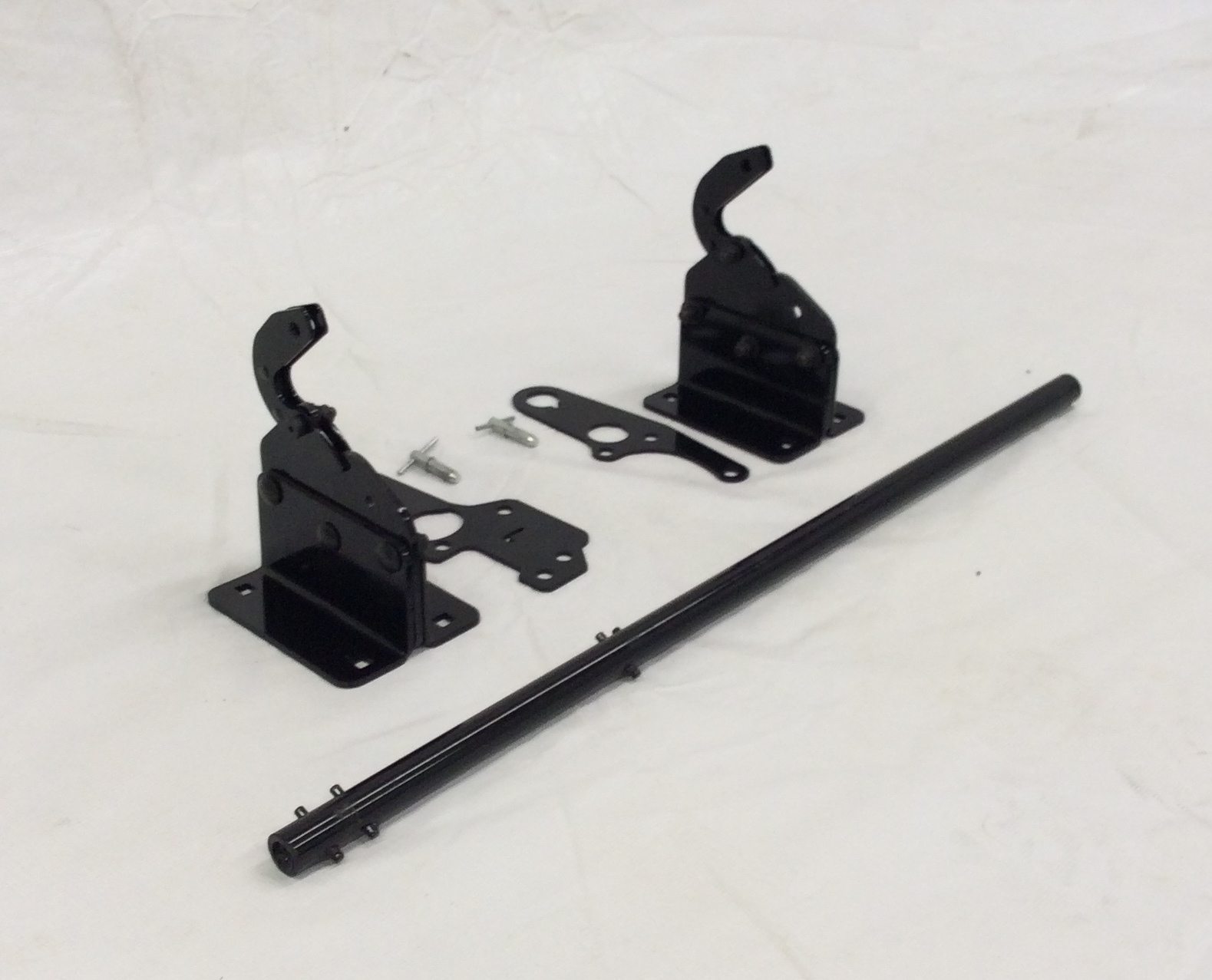 The Bauer Bracket in its elements.

Accessories That Fit All 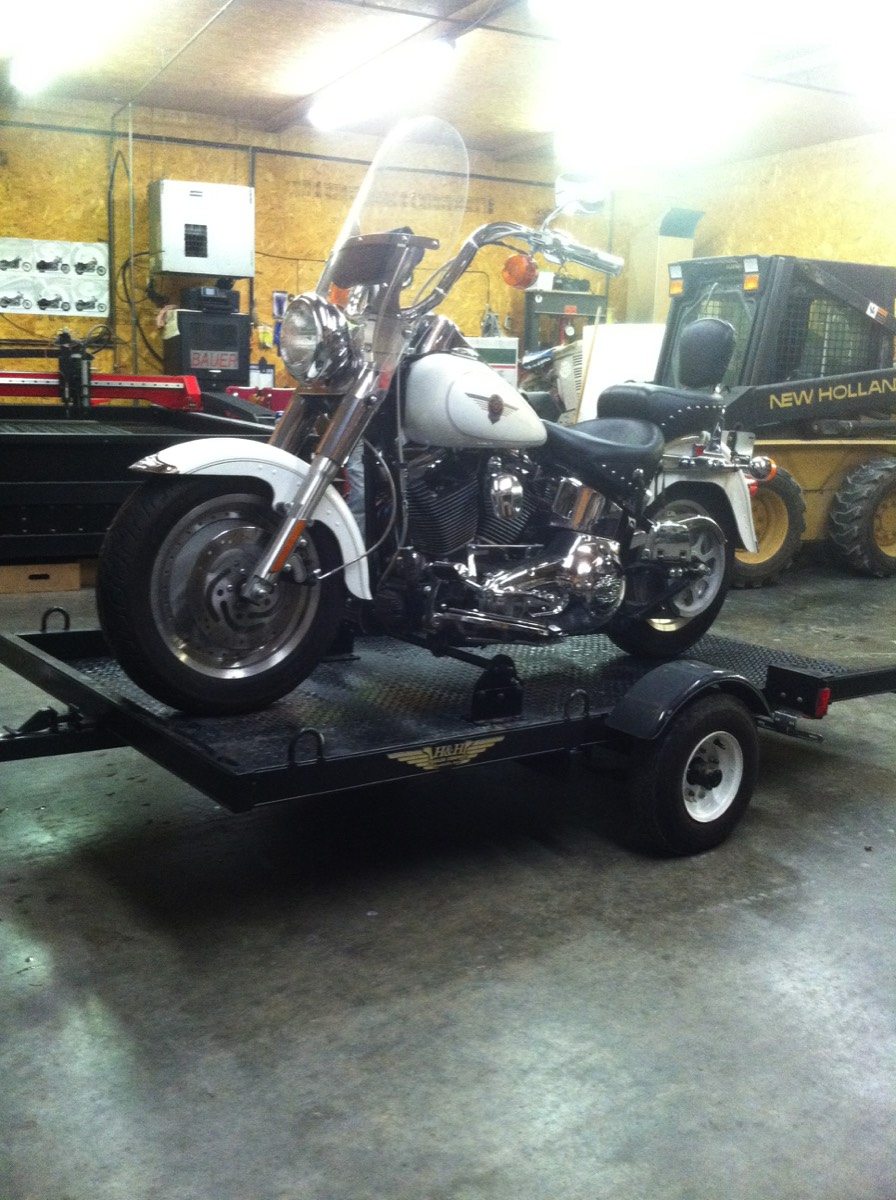 A protective gear for Harleys of all ages.

For now, the company offers the Bauer Bracket as equipment for all Harley models all the way back to 1988. They also have variants  of the accessory for Yamaha and Kawasaki. Additionally, Bauers also offer custom made brackets for other bikes too, as long as it’s in black.